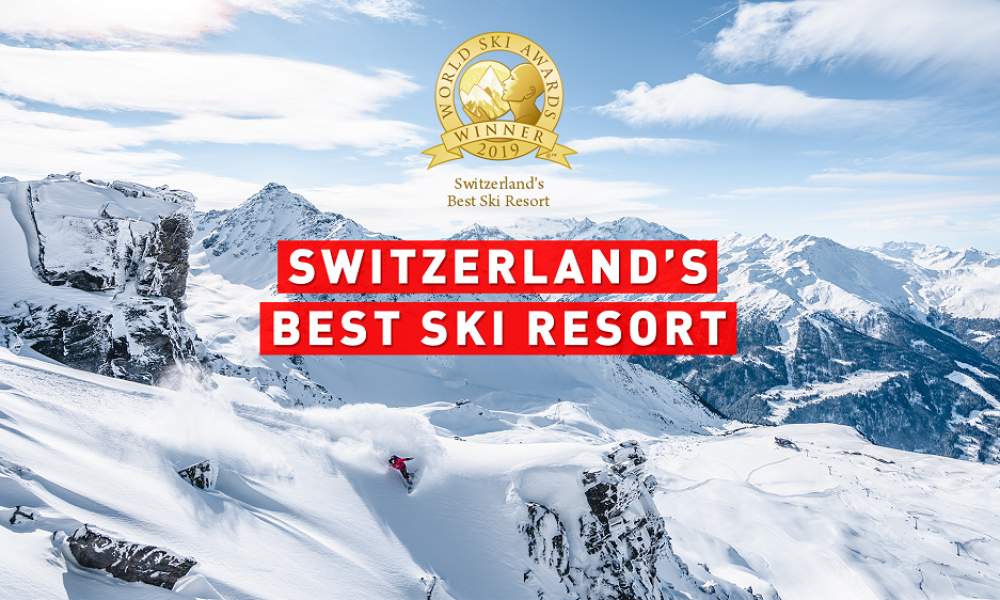 Verbier was once again recognised for its global reputation at the World Ski Awards in several categories of the World Ski Awards, winning Switzerland’s Best Ski Resort. The prestigious Awards ceremony took place in Kitzbühel (Austria) on Saturday 23, November. It was during this gala ceremony, that the various categories were officially announced with a delegation from Verbier in attendance.

Initially nominated in the “Switzerland’s Best Ski Resort” category along with ten other finalists, including Zermatt, St-Moritz and Gstaad, the candidates had a 16-week period to promote their bid at the World Ski Awards. The path to victory was not without its challenges and Verbier had to mobilise all its resources to win the “Switzerland’s Best Ski Resort” award. Indeed, Verbier had to secure the most votes possible to win its category. “This award is the result of all the efforts made by the local actors and partners. Verbier is not only known for its great ski slopes but also for the great customer experience that everyone can enjoy. Indeed, Verbier offers its customers a complete panel of sporting, cultural and relaxation activities” says Laurent Vaucher, CEO of Téléverbier Group, the ski lift company.

It was not just Verbier’s victory in the “Switzerland’s Best Ski Resort” category that was announced at the World Ski Awards. The W Verbier hotel also received awards in the “Switzerland’s Best Ski Hotel” and “World’s Best Ski Hotel 2019” categories for the fourth year running. Pierre-Henri Bovsovers, Managing Director of the W Verbier hotel, added: “It is the support of our owners, and the dedication of each team member in providing outstanding service, exceeding the hotels guest’s expectations 24/7, as well as their passion for their work, that have made these prestigious awards possible.”